“Attack” is not good… 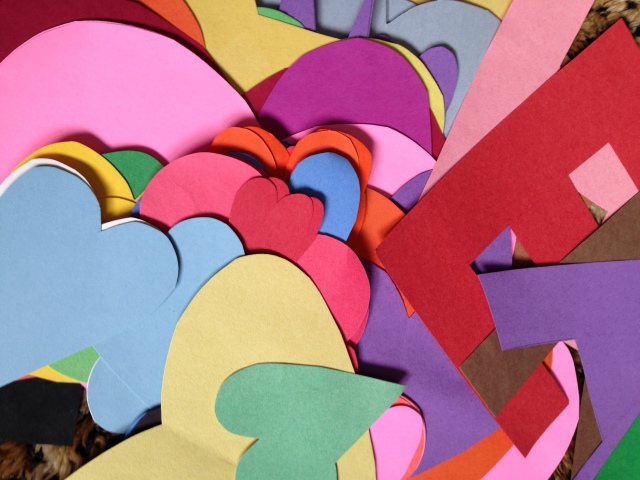 It was a disaster!

I had planned for a long time to kindness “attack” our crusty crabby postal workers in our community who I felt must really need a thanks and some stroking!

I knew exactly where the hearts would go; right under the counter so everyone in line could see the big heart attack sign, the big thank you, and all the hearts plastered all over the long space.

On Presidents Day I cut out lots and lots of hearts from construction paper, then remembered the post office was closed for the holiday.

Early the next morning I got up and packed up tape, the big sign, and the bag of hearts and set out to brighten some lives!

The place I was going to do my good-deed was locked. So I waited…in line.

My second red flag. It would not be anonymous!

When I finally reached the counter, I opened a portion of the sign and “ATTACK” was the first word the postal worker saw and she instantly ran in the back room. I sat there smiling, waiting for her to bring out a host of workers that could all crowd around and take photos, smile, pat each other on the back, play the harmonicas, and line dance while all the patrons clapped and cheered!

Instead  a man in a suit came from a door and whisked me quickly away from all the patrons into an area far away from…everything.

He then asked me, “What is this all about?”

I showed him the sign, the hearts, and my now quivering smile and told him I wanted to heart attack my “sweet” postal workers, pointing over in the direction we came, who sent off letters and packages to my loved ones.

He said it was not allowed!

But I could put the sign on that bulletin board “WAY OVER THERE” in the farthest corner of nowhere in the post office. Then he walked away without saying anything else about it.

While I made tape circles and placed each heart one by one in no-man’s land I felt as if I were a balloon which the air was slowly leaking from.

I put up the attack, but the crabby pants postal workers I intended it for never saw it.

I was determined to have someone see it!

I knocked on the, “Picking up mail” door. A big huge postal worker answered it and I asked him to come look at something waaaaay over in the corner. He followed me to the place where I had Random Acts of Kindness Heart Attacked the postal workers in my community to say THANK YOU FOR THEIR SERVICE TO US.

By now I had had it and said, “It’s just to say thanks. Could you tell those ladies over there…?”

He forced a smile and walked away without saying anything, and locked the door behind him.

I guess I looked dangerous with my snowman pajama bottoms, my hat with the pom-pom, my K-mart purple 98 cent gloves, my  colorful cut out hearts, my tape circles, and hand written crayola marker poster board…that spelled HEART ATTACK andTHANK-YOU!

Red flag number three: Don’t write the word “attack” with colorful markers and bring it in a government building!

4 Responses to “Attack” is not good…

This site uses Akismet to reduce spam. Learn how your comment data is processed.

Have Fun With It!

What do I do now?